Other than my snarky comment earlier, I?ve been trying to sort out exactly what I want to say about the whole Today show thing? and I?ve been trying my damnedest to edit out all the ?fuck?s that have been at the top of my thoughts in regards to this.

Thankfully, someone said it far more eloquently than I could, and I don?t think she used the word ?fuck? anywhere in her post.

Alice hit the nail on the head. All that segment said was that women ar not capable of being treated as full-grown adults in this world. We cannot be allowed to think and judge for ourselves what is healthy and normal, we cannot think for ourselves and enjoy our lives in whatever fashion we want to. We are incapable of being people.

Can you tell how hard it is for me not to swear? Believe me, BabyDaddy?s gotten an earful of me spewing hate about this.

The implied misogyny that was rampant throughout the entire program made me angry, angrier than I?ve been about a stupid morning talk show ever. The insipid ?discussion? that pitted Melissa against a vacuous PhD ?mother of four?, who couldn?t seem to get any real information or discussion out, just generalized platitudes about ?healthy? alternatives for mothers who are stressed spun me right up.

Dr. Taylor, honey, I don?t drink a beer with dinner in front of my child because I?m stressed, I drink a beer with dinner because I enjoy it. I enjoy having an alcoholic beverage with other grown adults, whether I?m out and about, or if we?re having a quiet evening at home. And to be honest, I don?t think I can even remember the last time that I was even buzzed. But wait, my boyfriend, the father of my child, was present for most of those times, so I guess that makes everything alright, doesn?t it? Because, you know, men are so much more capable of dealing with their stress in a ?healthy? fashion. I?m just a poor, defenseless, pathetic half-person who?s really only good for taking care of the babies and cooking dinner. Excepting, of course, I make double of what my boyfriend does, and he?s the one that cooks most every night.

If you don?t want to have a beer (or wine, whatever) with me, that?s cool too? But Do. Not. tell me that I?m less of a responsible parent to my child because I?d rather have her growing up with a decent example of how adults can enjoy alcohol without going on a bender every night. Do I expect Elizabeth not to go to a kegger in her life? No, but I think that she?ll be alright, whether she sees me with a beer or not. I think that she?s going to be capable of making her own decisions and her own mistakes, just like I did. I just hope that she makes a few less mistakes in her life than I did, but she?s already showing herself to be her own person, so I think she?ll be alright.

All I?m trying to say is that I promise that I won?t throw my dirty laundry and issues into my neighbor?s yard as long as they won?t do the same, whether it?s about religion or tying one on every so often. To each his own, I say. But don?t think that I won?t react the second that you tell me that I?m irresponsible because my daughter sees me drinking a beer. If I get out of line with something, call me on it. But don?t tell me that I?m a bad parent without a helluva lot more than the fact that I?m not capable of making adult decisions. Especially if you leave it unsaid that my boyfriend is more capable than me just because he?s a guy. I call bullshit, and I?ll keep calling bullshit until the whole misogynistic thought-process behind this is destroyed.

I?m an adult human being, just because I?m a woman shouldn?t make a damned bit of difference as to whether or not I?m capable of making responsible decisions with my life and my child?s life. This whole discussion and the whole program isn?t really about alcohol, and it another way to get the Mommy Wars up and running again, that way women can get away with being hateful and perpetrating misogyny better than any old-school patriarch can. And I?ll fight it, dammit, because it?s wrong.

I think I?m capable of handling it, even if others don?t think so. 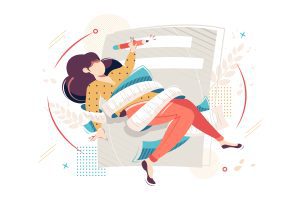 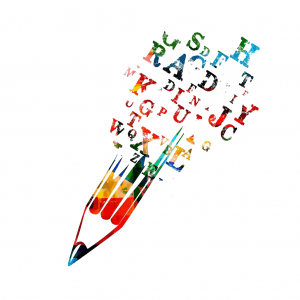